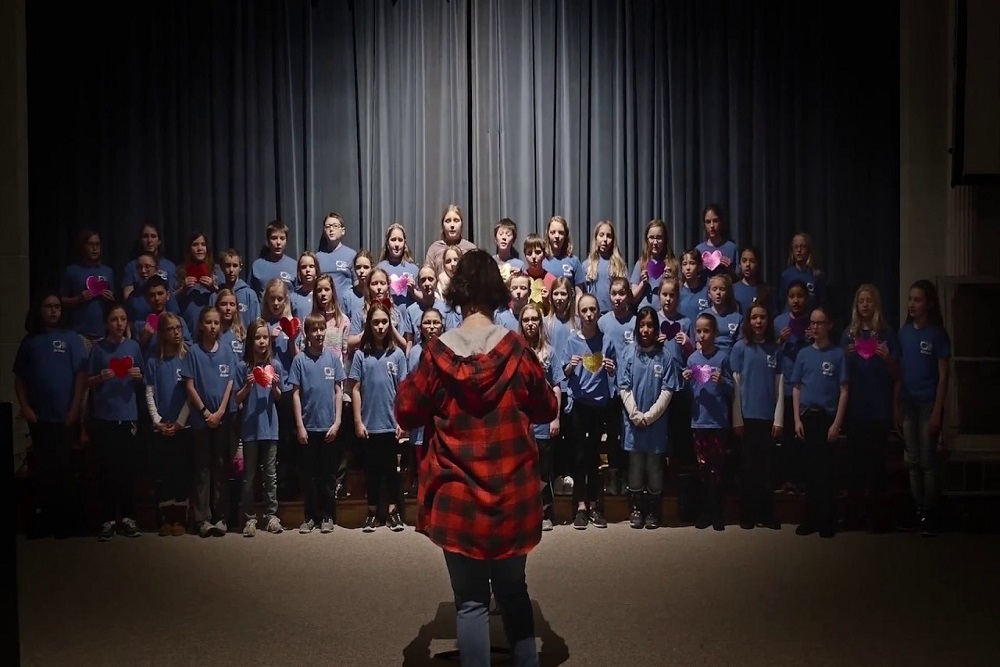 Central Dakota Children’s Choir presents their 22nd annual Christmas concert, “Angels Sing” on Friday, December 20 and Saturday, December 21 at 7:30 p.m. at the Belle Mehus Auditorium. The concert is sponsored by Knife River Corporation and will feature each of CDCC’s five choirs. Audience members will hear a mix of traditional Christmas music as well as some lesser known Christmas tunes that will be sure to entertain. For the finale, the choirs will combine to perform portions of the well-known choral work, the Vivaldi “Gloria.” Antonio Vivaldi is recognized as one of the greatest Baroque composers, and his influence during his lifetime was widespread over Europe during the early 18th century. Formed in 1998, CDCC has grown from one choir of 65 students to six choirs and a pre-choir with 350 children in grades 2 - 12 from 39 public, private, and homeschools from the central and western North Dakota regions. The choirs have been invited to perform at many local, state, and regional events and are directed by Teri Fay, Michael Seil, Dawn Hagerott, and James McMahon.

Admission is $15 for adults, $12 for senior citizens and students, and free for children age 5 and younger. Tickets are available on the CDCC website at www.aboutcdcc.org, at the CDCC choir office at 1810 Schafer Street, Eckroth Music, and at the door the day of the event. Save $2 by purchasing tickets in advance.

Original source can be found here.

Want to get notified whenever we write about Bismarck-Mandan Chamber of Commerce ?

Sign-up Next time we write about Bismarck-Mandan Chamber of Commerce, we'll email you a link to the story. You may edit your settings or unsubscribe at any time.